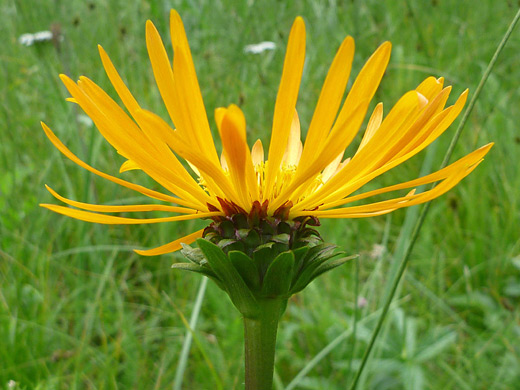 The orange-yellow ray florets of pyrrocoma crocea are relatively thin, long (over an inch) and numerous (30 to 90), and surround a center with over 100 disc florets. Phyllaries are broad, in 2 to 3 series, mostly green, but the higher ones have reddish edges. Stems and leaves are usually hairless, and not glandular. Basal leaves have stalks while those on the stem are stalkless. All leaves have entire edges. Plants typically produce between 2 and 10 stems, which are thick and rigid, and usually topped by a single flower; less often by small clusters of up to six heads.

There are two varieties: the widespread var crocea grows up to 30 inches tall, has single heads with long ray florets, while the much less common var genuflexa (found only on mountain slopes in central Arizona) grows up to 12 inches, with 2 to 6 heads and shorter rays. 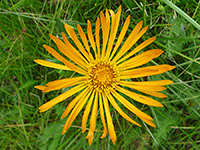 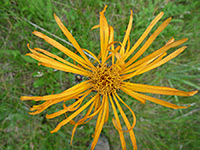 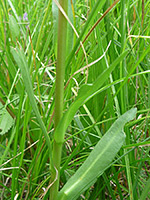 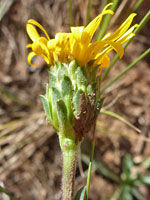 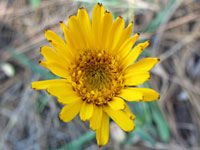 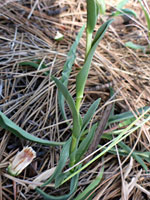 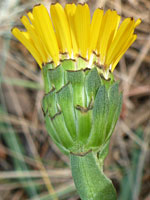