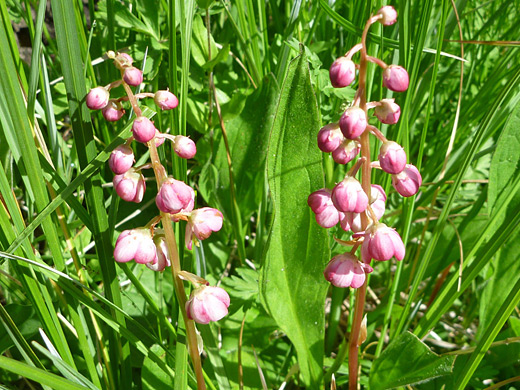 Pyrola asarifolia produces a single, erect, unbranched stem rising from basal rosettes of shiny, round, stalked leaves, topped by an elongated flower cluster, with between 5 and 25 heads. Individual flowers are cup-shaped, pointing downwards, formed of five white, pale pink or reddish petals and centered on ten stamens and a thick, protruding, curved style, which has a small ring just below the top. Stamens have white filaments and relatively long, purple anthers. Beneath the petals are five green sepals, longer than they are wide. At the base of the short flower stalks are a few narrow bracts, about as long as the stalk.

This species inhabits moist, wooded locations, and the leaves are retained all year, hence the common name pink wintergreen. There are two subspecies: ssp asarifoli has entire or wrinkled leaf margins and short bracts, while ssp bracteata (less common) has toothed leaf margins and longer bracts. 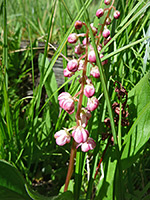 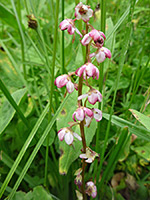 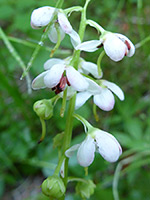 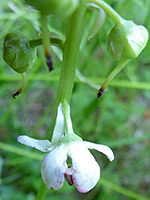 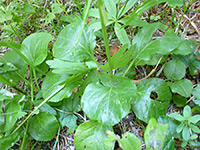 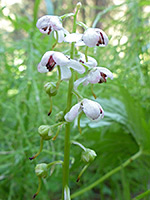 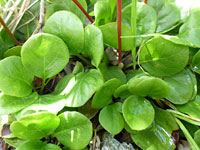 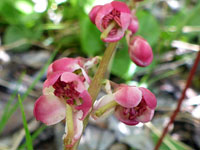 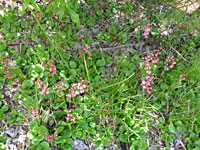