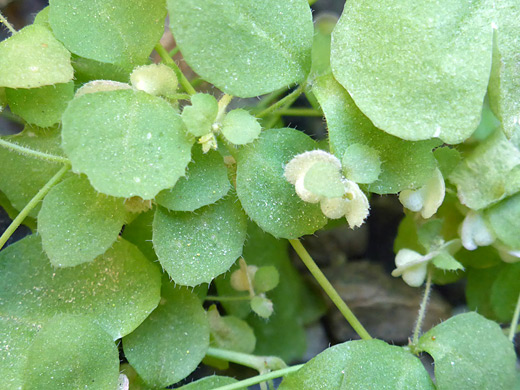 Pterostegia drymarioides, the only member of this genus, is an inconspicuous species, growing in shady locations and often hidden by other plants. Stems may reach 4 feet in length, generally sprawled along rocks or other vegetation. Plants produce few to many stems, branching from the base and above. The green or pinkish leaves may be round or partly lobed, giving them a heart shape.

Flowers are produced in small numbers in a terminal cluster, and each is subtended by a two-winged bract. The (staminate) flowers are small, white to pale pink in color, formed of five or six lobes, and they contain six stamens. Flowers may also be pistillate, with six greenish-white tepals in two whorls, the outer wider than the inner. 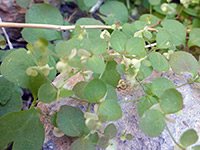