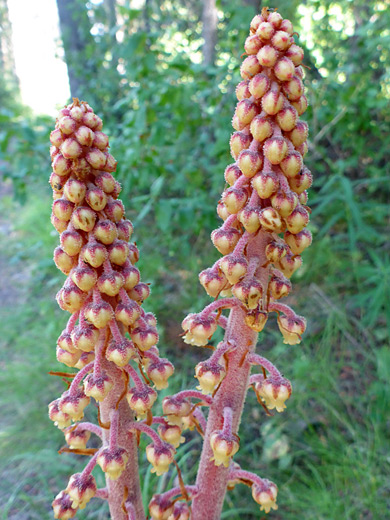 Pterospora andromedea is one of the more unusual plants of the western forests. It lacks chlorophyll and has no leaves, producing only a tall, rigid, reddish spike bearing clusters of pendent, egg-shaped, cream-yellow flowers at intervals. Flowers are formed of five short red sepals and a rounded corolla that opens to five curved lobes, with a small opening underneath; they are covered by short hairs and a sticky substance.

Flowers are followed by red-brown, pumpkin-shaped fruits which have tissue-like appendages underneath. The plant flowers only once, and the withered, brownish stems may remain upright for several years before falling. 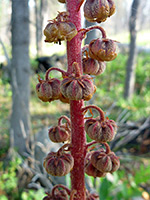 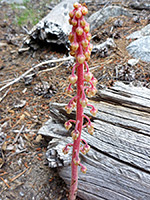 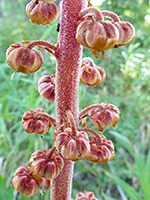 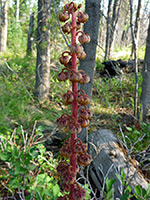 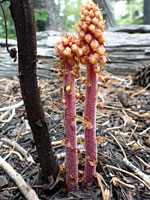 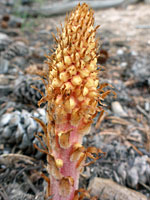 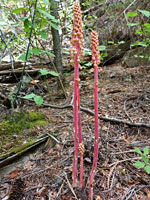