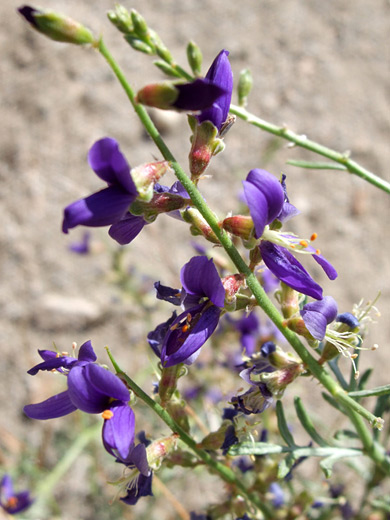 The Mojave indigo bush, psorothamnus arborescens, is one of several similar species inhabiting desert regions of the Southwest, identified by the pinnately divided leaves, the open rather than densely packed flower clusters, the pair of tiny bracts at the top of the flower pedicels and the lack of strigose hairs on the leaves.

Plants are small shrubs, several feet high and wide, with woody stems and an even covering of leaves, which are divided into narrow, linear lobes. The calyx is reddish towards the base, greenish at the top, divided into small lobes of approximately equal size. The flower tube is a little longer than the calyx, colored deep purple. The banner petal is held at right angles to the other four petals, which open to reveal ten orange-tipped stamens. 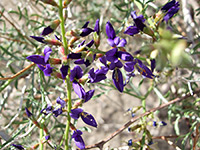 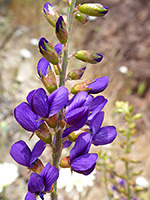 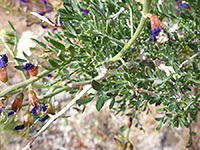 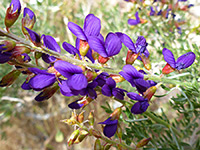 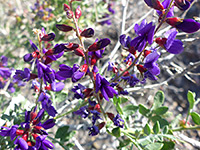 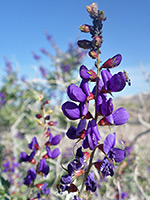 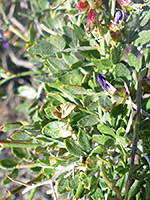 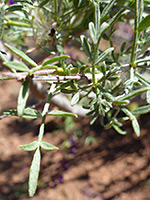 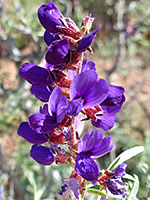 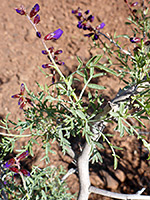