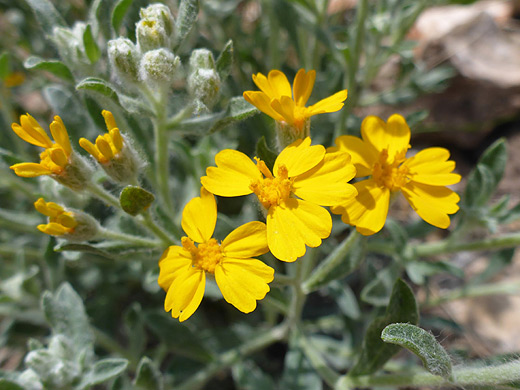 Psilostrophe tagetina is found all across New Mexico, its range extending into far west Texas, and small parts of adjacent states. Plants are biennial or perennial, blooming late spring and summer, or sometimes all the way through to midwinter. This species can form large mounds in favorable conditions. Leaves and stems are greyish-green in appearance, partly due to a covering of soft, relatively long hairs. Leaves are borne at the base and along the stems, which branch freely and are topped by compact clusters of flowerheads. Heads grow on stalks up to 1.5 inches long.

Flowerheads are formed of 3 to 6 (usually 3 or 4) yellow ray florets, notched at the tip, and 6 to 12 yellow-orange disc florets. Rays are spreading when mature, but not usually reflexed. Withered florets persist for some time after flowering, becoming thin and papery. 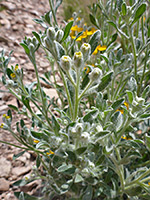 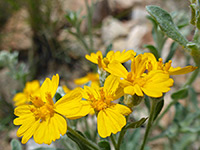