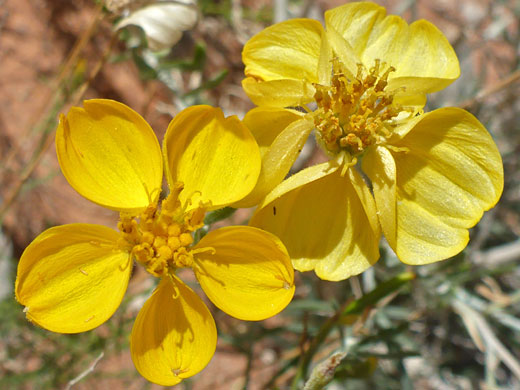 Psilostrophe cooperi (whitestem paper flower), Whitney Pocket, Nevada
There are six psilostrophe species in the US, generally inhabiting separate regions; psilostrophe cooperi is the desert variety, found between south Nevada, southeast California and far southwest New Mexico. Plants are low growing, producing many narrow, tangled, branched stems generally about one foot high. Stems and leaves have a covering of short, soft hairs, making them appear whitish. The main blooming season is April, May and June, but flowers can appear at any time of year, depending on the weather.

Flowerheads form singly (unlike other species in this genus which have clustered heads) at the tips of the branches; they have 3 to 6 broad, yellow ray florets, with two notches at the tip, and 6 to 25 yellow disc florets. Rays are reflexed (bent backwards) when fully mature. Like other psilostrophe species, the ray florets become thin and papery as they wither, hence the common name of paperflower. 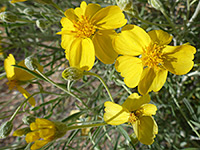 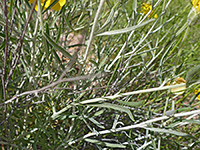 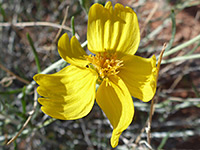 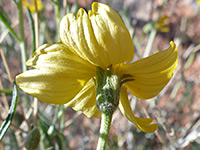 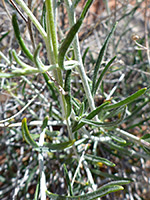 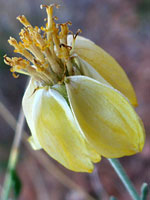 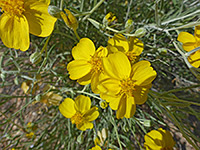