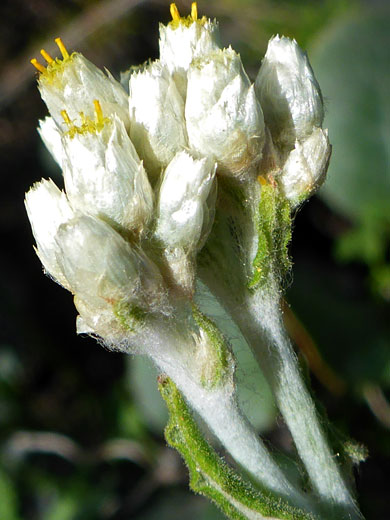 Pseudognaphalium biolettii (two-color rabbit tobacco), Bayside Trail, Cabrillo National Monument, California
Pseudognaphalium biolettii is found only in California, in coastal areas and nearly mountain ranges, from San Diego to San Francisco. The leaves help distinguish this from similar species; they are strongly bicolored - bright green, with a covering of short glandular hairs on the upper surface, and white underneath, due to dense tomentose hairs. Leaf margins are somewhat wavy, and/or rolled under. Leaves grow at alternate intervals of around half an inch, on the tomentose, non-glandular stems. Leaf bases are clasping. Stems may be glabrous towards the base.

Flowerheads are tightly clustered in a flat-topped array at the tip of the stem; they have four or five rows of shiny, white phyllaries and up to 85 yellow disc florets, the majority of which are pistillate. 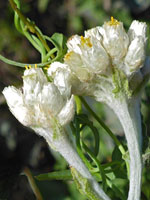 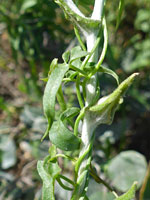 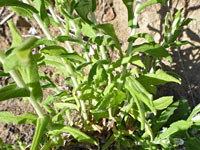 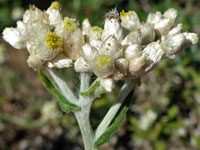