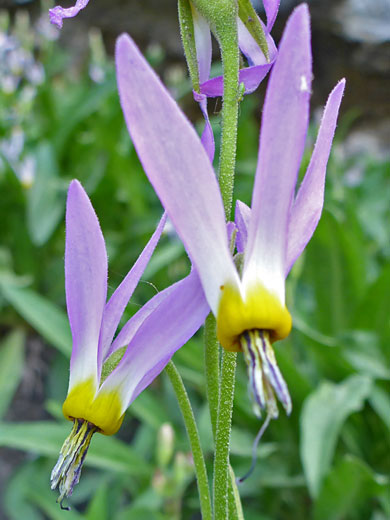 Scented shooting star (primula fragrans), Mummy Spring Trail, Mt Charleston, Nevada
Primula fragrans is most common along the southern Sierra Nevada, and is also found in other scattered locations including the San Bernardino and San Jacinto Mountains of southern California, and various mountain ranges in Nevada.

Leaves, stems, pedicels and calyces are covered by tiny glandular hairs; those on the pedicels are most obvious. The upwards-pointing leaves are clustered at the base, and are relatively long, up to half (or more) of the height of the stem. Leaves are attached by winged petioles.

Flowers are produced in clusters of up to 15; they have a pinkish corolla, deeply divided into five lobes (up to 1 inch long), angled back along the pedicel. Lobes are yellow at the base. Five dark purple anthers project forwards, their bases covered by the corolla tube. The style is longer than the anthers, and topped by a stigma that is noticeably enlarged; about twice the width of the style. Calyces are light green, divided about half way into five narrow, spreading lobes. 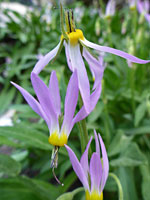 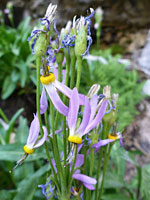 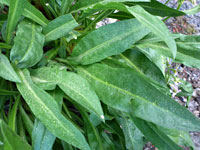 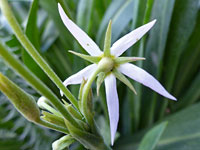 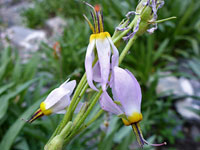 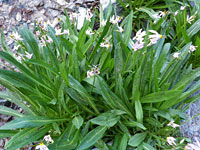 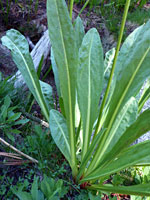 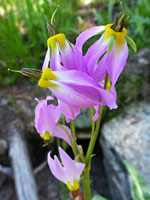 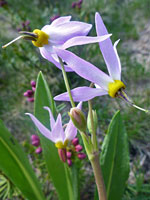 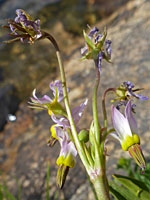