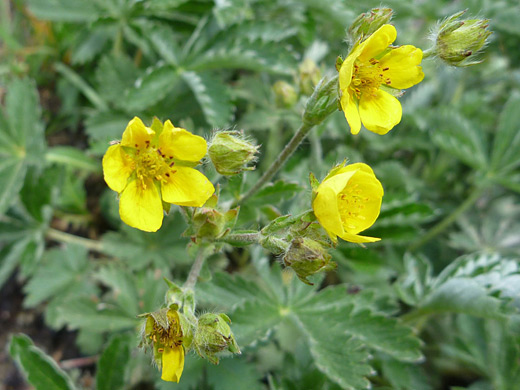 Potentilla pulcherrima is one of the more common species of this large genus, for which the leaves are generally better for identification as the flowers are all very similar. Beautiful cinquefoil has palmate leaves; the seven leaflets radiate from a single point, and have evenly spaced, rounded to pointed teeth along the edges. The upper surface is bright green and shiny, while the underside is silvery colored, due to fine hairs. The edges of the leaflets often curve upwards. Leaves are borne on long stalks of up to 7 inches. Most leaves are at the base; the stems have only between 1 and 3. The similar potentilla gracilis has leaflets with less even teeth, deeper divisions between the teeth, and with less prominent silvery hairs underneath.

Plants produce up to 50 flowers, which often do not open fully flat but stay cup-shaped. Flowers are formed of five narrow, hairy, lance-shaped bracts between five wider, longer sepals, otherwise similar in appearance, while above are five notched petals around a center of stamens and styles. The petals are slightly longer than the sepals. When fully open, the petals are not overlapping. 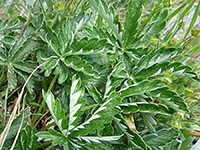 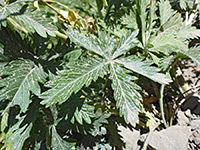 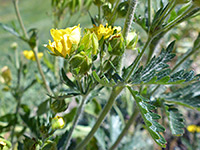 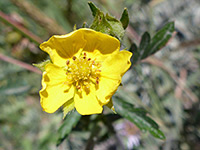 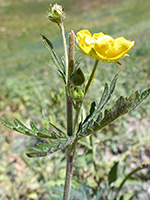 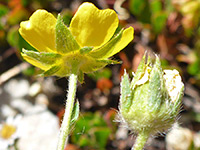 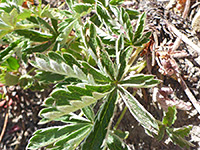