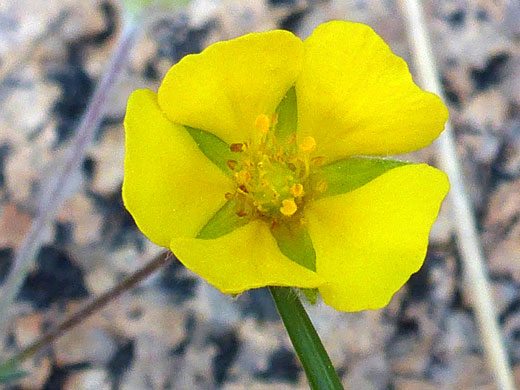 Potentilla breweri is most common in California, all along the Sierra Nevada and in other mountains further north; it also occurs in the Cascades of Oregon and Washington, and in a few areas further east.

This species is most recognizable for its leaves, which are evenly covered by long, cottony hairs on both sides, and are divided into palmately-lobed leaflets, overlapping and angled in all directions, resulting in an approximately cylindrical outline. The lobed segments (divided about half way to the base) are obovate in shape, and relatively broad. Leaves are attached by stalks that are shorter than the blade. Stems have between one and three leaves; otherwise all are basal.

The inflorescence is an open cluster of between three and 15 flowers. Petals are yellow, obovate in shape, around a third of inch long, while the green sepals are shorter and narrower. The sepals alternate with five epicalyx bracts, similar in shape and about half as long. 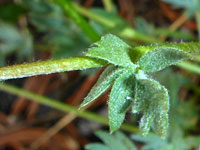 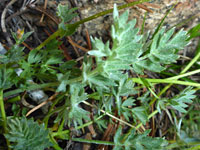 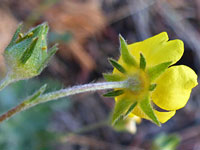 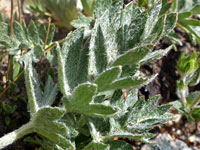