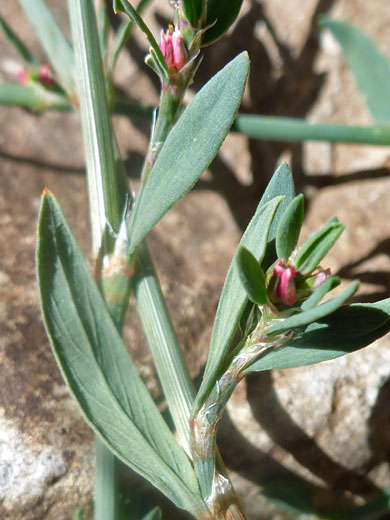 Polygonum aviculare is a common and widespread species, found all across the US, and is variable in characteristics, with at least six recognized subspecies, differing in flower color, flower size, leaf shape, inflorescence shape, and also the properties of the ocreae, which are thin, papery sheaths at the base of the leaf stalks, formed of fused stipules.

The hairless, greyish-green stems are strongly ribbed, much branched, and generally prostrate. Leaves are variously spatulate, elliptic, linear or lanceolate, relatively narrow, smooth on top and prominently veined underneath. Leaves along the main stem are up to four times as long as those on the secondary branches. Leaf tips may be rounded or pointed. Flowers are produced in small clusters (one to six), from the leaf nodes, and they tend not to open fully, if at all. Tepals are colored green to red to brownish, lighter along the margins. Stamens number from five to eight. 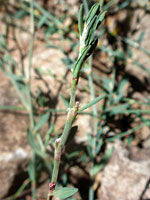 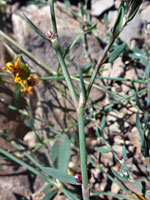