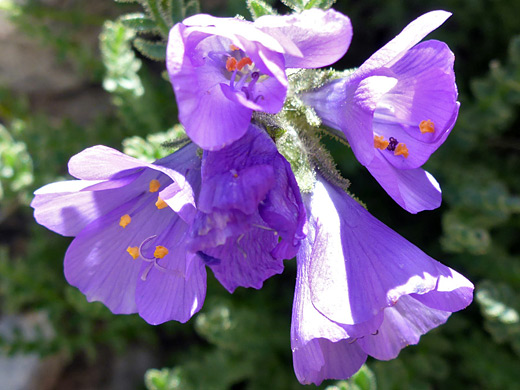 Polemonium viscosum is an easily recognized species with large, showy flowers and finely divided leaves. The leaves point upwards, with straight or lightly curved stalks, and are divided into up to 39 leaflets, arranged in whorls of up to five. Stems, stalks and leaves are covered by short, glandular hairs. Plants produce one to four stems, each topped by a spherical, bracted cluster of flowers.

The purple, pale blue or (less often) white lowers are sessile, or attached by very short stalks. They are somewhat longer (up to one inch) than they are wide; formed of five overlapping, rounded, oblanceolate lobes around a group of five stamens with purple filaments and yellow anthers, and a purple pistil topped by three stigmas. Beneath the petal is a five-lobed, glandular calyx, the lobes shorter than the tube. 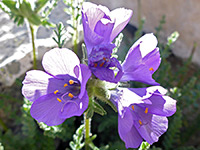 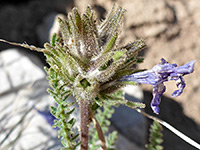 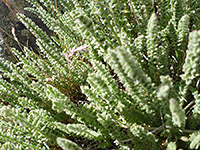 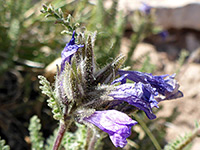 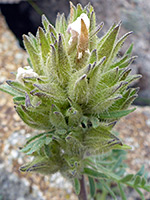 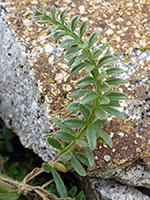 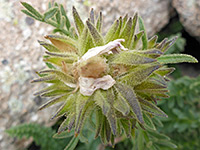 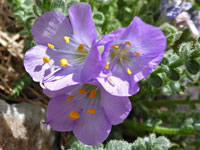 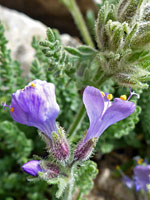 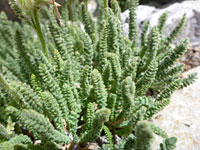 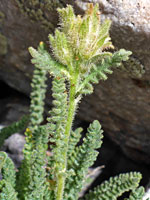 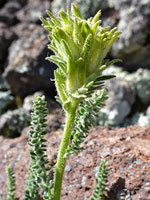 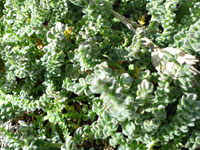