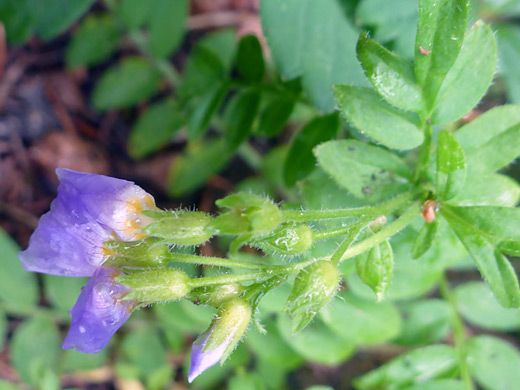 Flowers of polemonium pulcherrimum consist of a green, sparsely glandular hairy calyx divided about half its length into five triangular lobes, and a white or bluish-purple, bell-shaped corolla with five spreading, rounded lobes. The center of the flower is yellow, as is the short corolla tube, which is mostly hidden by the calyx. Flowers are produced in small numbers (typically four or five) at the top of the stems, attached by short stalks, and held a little way above the uppermost leaves. At the center are five short stamens and a longer pistil, topped by three stigmas.

Leaves are pinnately divided into small, non-overlapping leaflets, and they grow mostly around the base; upper stem leaves are much reduced in size. Leaflets may be glabrous or hairy. The terminal leaflet is separate from the closest pair of side leaflets.

There are five varieties of polemonium pulcherrimum (delicatum, lindleyi, pilosum, pulcherrimum, shastense) of which only two are common; delicatum in Nevada and the Four Corners states, and pulcherrimum in the Pacific states and the northern Rocky Mountains. The varieties differ in aspects of corolla color, hairiness and stem height. 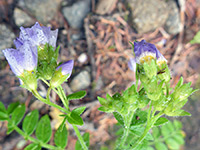 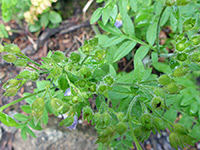 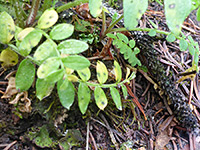 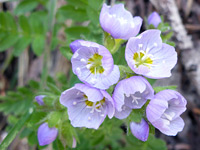 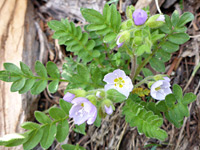 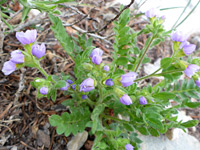 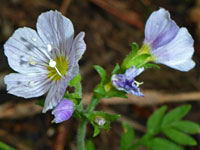 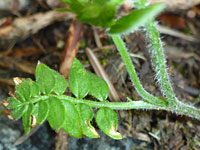 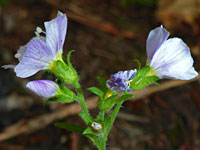