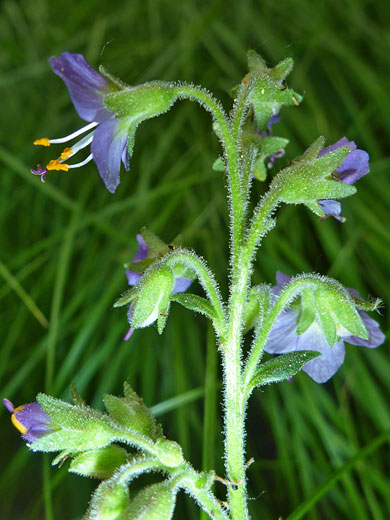 Polemonium occidentale is a relatively tall species, up to 3 feet, and is quite widely distributed across mountainous areas of the West, including the Sierra Nevada, the Cascades, the Rocky Mountains and the ranges of northern Utah.

Leaves and the lower portion of the (unbranched) stem are hairless, while the upper section of the stem, the pedicels and calyces are glandular hairy. Leaves occur all along the stem, not at the base. Leaves are pinnately divided into a terminal leaflet and up to 12 pairs of lateral leaflets; all have a midvein and some fainter, pinnate side veins. The terminal leaflet is close to the adjacent pair, sometimes almost fused. Leaves are attached by stalks of up to 1.2 inches.

The inflorescence is an open, elongated cluster, containing between ten and 35 flowers, attached by very short stalks. Flowers are formed of a hairy calyx with five spreading lobes, and a bell-shaped, blue-purple corolla. The calyx tube is shorter than the calyx lobes. The five stamens have white filaments and orange anthers, and are about as long as the corolla lobes; the pistil is somewhat longer. Flowers are spreading to pendent. 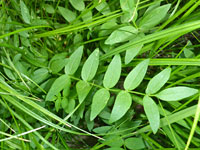 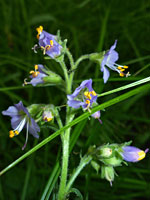 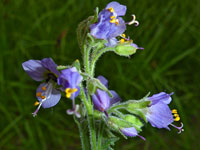