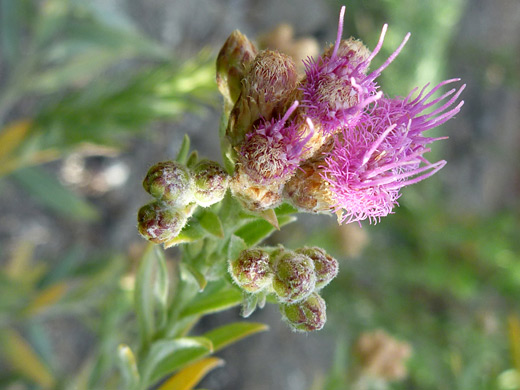 Pluchea sericea is a medium to large-sized evergreen shrub, leafy and freely branching, inhabiting moist locations in desert regions, from California to west Texas. Plants often grow together, forming extensive colonies. Stems and leaves have a covering of smooth, silky, non-glandular hairs, lying against the surface. Leaves grow all along the stems, at closely-spaced, alternate intervals.

Flowerheads are produced in dense clusters at the top of the stems. The involucre is ringed by several series of differently-shaped phyllaries, all relatively broad, mostly green but often reddish around the edges and tips. The upper phyllaries are somewhat narrower. The flowerhead has a group of pistillate florets, which have five tiny lobes around a protruding pistil, and a smaller number of disc florets. Both types of floret are deep pink in color. 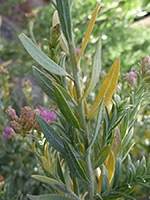 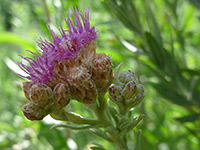 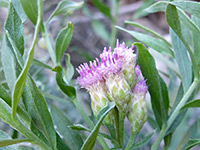