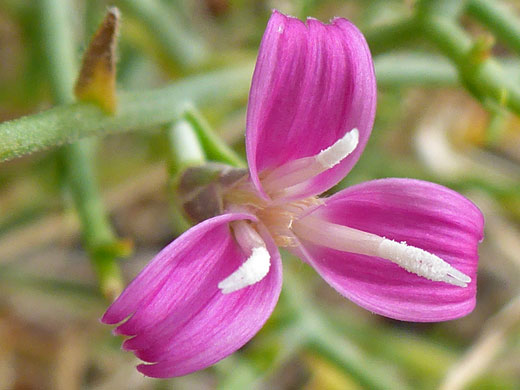 Thorny skeletonweed (pleiacanthus spinosus), Horseshoe Meadows Road, Sierra Nevada, California
Pleiacanthus spinosus, the only species in this genus, is most widespread in the Sierra Nevada of California, and is also found in scattered areas further east, in Nevada and adjacent states. It is related to the wirelettuce species (stephanomeria), differing in the achene pappus bristles, which are barbed rather than feathery.

Plants are low shrubs, with rigid, much branched stems bearing scale-like leaves and topped by thick thorns. Stems are generally hairless. Flowerheads contain ray florets only (between three and five); ligules are pink, prominently notched at the tip, while the style is white, and relatively thick. Phyllaries, often purplish, are lanceolate in shape, in several series, while at the base of the involucre are several short bractlets; all are hairless. 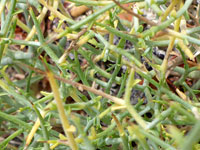 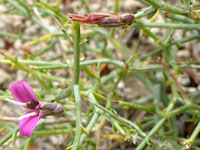 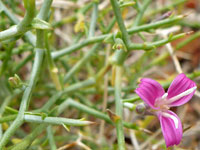 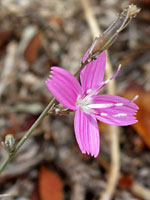 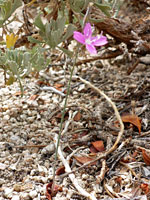 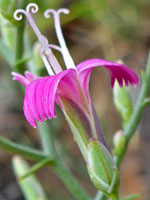 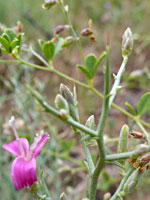