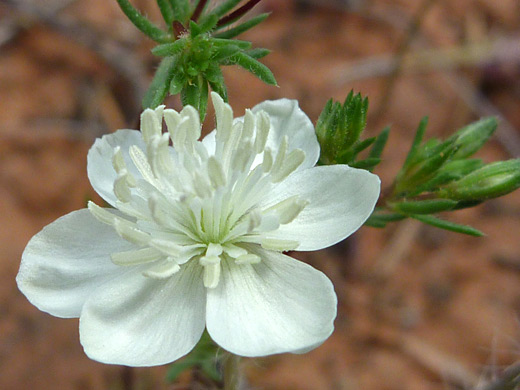 The white, cream or pale yellow flowers of platystemon californicus consist of three sepals and three petals, all similar in appearance; spatulate and about half an inch long, radiating around a cluster of several dozen stamens, which have distinctly flattened filaments. Some varieties have bicolored tepals, yellow at the tip and white lower down. The fruit is a green, cylindrical capsule, up to half an inch long, which later divides into up to 25 narrow chambers. Flowers are produced singly on top of the reddish-green stems. Leaves (mostly basal) and stems are covered by long, shaggy hairs, but less so for plants in coastal areas.

Platystemon is a monotypic genus, and the species is both wide ranging and quite variable, in such aspects as hairiness, growth form, color and leaf characteristics. 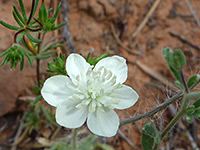 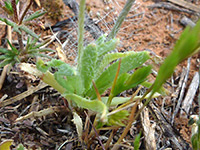 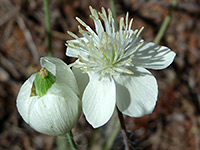 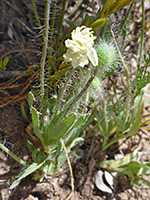 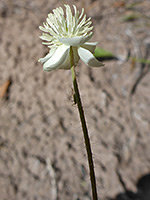 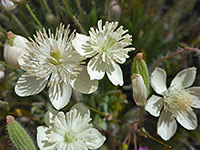 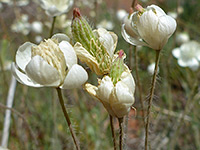 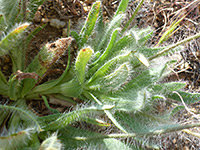 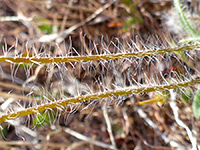