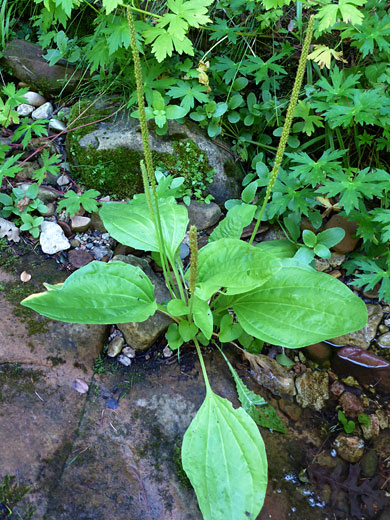 Plantago major, native to Europe and Asia, has become established in many parts of the US, especially in central Arizona, northern New Mexico and urban areas of southern California. It can be recognized most easily by its leaves, which are relatively large and broad, narrowed abruptly at the base to a slender pedicel about equal in length to the blade. Leaves are crossed by three or five prominent, palmate veins. Plants lack stems; leaves and the inflorescence grow from the base. All plant parts are hairless, except the flower stalk, which may have a sparse hair covering.

The tiny flowers are produced along the upper third of narrow stalks up to 2 feet tall; typically three to seven per plant. Flowers are formed of four thin, light brown petals, four stamens and a longer, feathery style; they soon wither, leaving the green, egg-shaped calyx that develops to the brown fruit. 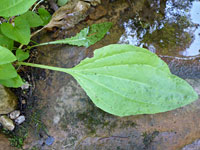 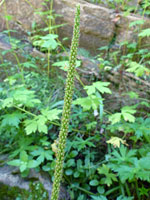