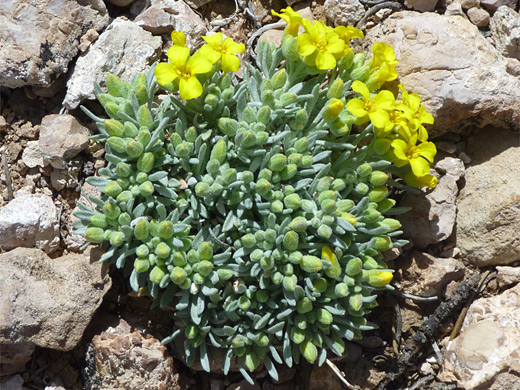 The four-petaled flowers of physaria newberryi grow on short (up to 4 inches) stalks, less high than some similar species, from a dense, compact cluster of petiolate, bluish-green leaves, all oblanceolate or ovate in shape (especially along the stems); this is another distinguishing feature, as some other physaria varieties have larger, wider leaves. The plant produces many short stems rather than a few longer, branched stems, and forms clumps up to 12 inches in diameter. Another identifying characteristic is the edges of the fruit, which are sharply angled.

There are two varieties of physaria newberryi, var newberryi and var yesicola, the latter an endangered species found only in a small area of New Mexico. They differ primarily in the lengths of the styles. 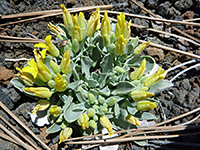 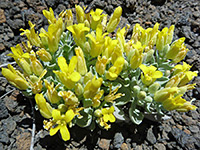