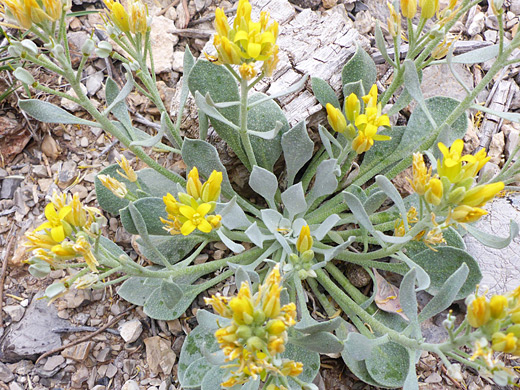 Physaria kingii at Mountain Springs Peak in Red Rock Canyon National Conservation Area, Nevada
Stems, leaves and calyces of physaria kingii are densely covered by branched hairs, divided into between three and seven rays. Stems branch from the base and are usually positioned at an angle or sideways, close to the ground. Leaves grow from the base and at alternate intervals along the stems. Basal leaves have long stalks, tapering abruptly to the blade, which is variously round, oblanceolate or elliptic. Cauline leaves are much smaller, around half an inch long, and the blade is more elliptic, or obovate. 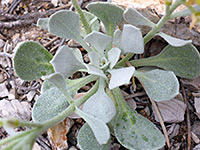 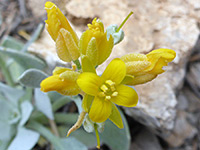 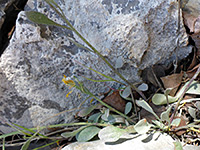 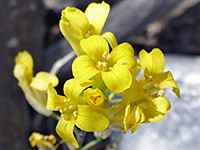 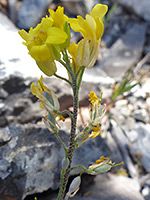