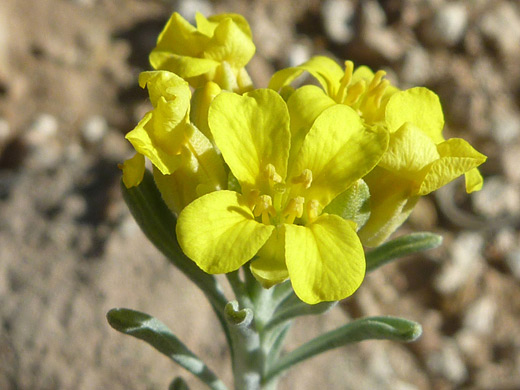 Yellow flowers of physaria intermedia, near Desert View, Grand Canyon National Park, Arizona
Leaves of physaria intermedia grow mostly from the base, forming a thick, tangled clump, mixed with dead stems and leaves from previous seasons. Stems are stout and woody, and they and the leaves are covered by short, dense, branched hairs, which impart a silvery grey color. The narrow leaves are often rolled up at the edges, and they usually have blunt tips. Stems are unbranched, growing upwards or at an angle. Basal leaves tend to be slightly longer than those on the stem.

Sepals are in two pairs, slightly different in shape, but all four are yellowish green in color and about a quarter of an inch in length. The four yellow petals are up to twice as long, spatulate to oblong in shape, relatively broad at the base and flat at the top. Flowers are usually bilaterally rather than radially symmetric; each petal is closer to one neighbor than the other. 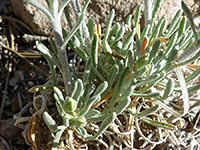 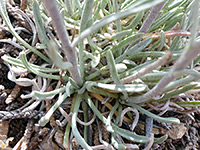 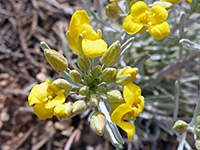 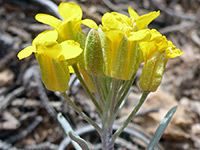 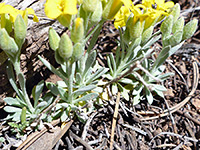