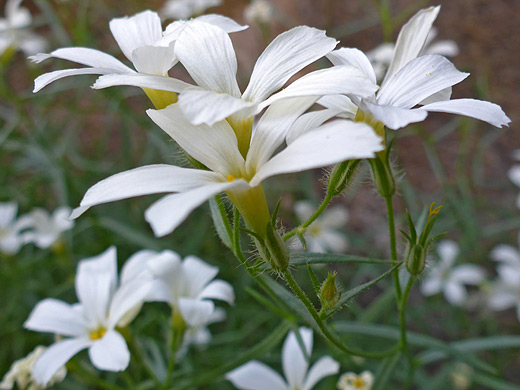 White and yellow corollas of phlox tenuifolia in Aravaipa Canyon, Arizona
The usual springtime flowering of phlox tenuifolia may be followed by a second bloom in late summer, following favourable monsoon rains. The white corolla lobes of this phlox differ from most other species in that they curve gradually away from the throat rather than being held at an abrupt, 90 degree angle. As a result the throat is wider, and the five yellow stamens are more exposed. The lobes have a small projection at the tip, and their surface is lightly grooved. Flowers are up to one inch in diameter, produced in open clusters of between 6 and 18 heads. The yellow corolla tube is supported by a lobed calyx, covered by woolly hairs. The calyx lobes are green and narrow, fused for about half their height by a whitish membrane.

Stems are tall - up to 3 feet, slender, and much branched, at varying angles. Plants produce between one and six stems. Leaves are long and thin, pointed at the tip, and overlap with those on adjacent branches to create a tangled clump. Leaves and stems may be glabrous, or have a light covering of short hairs. 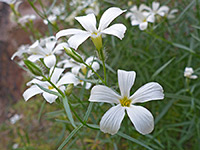 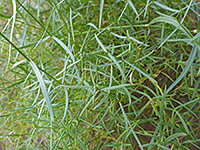 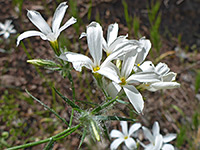 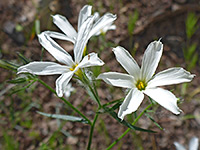 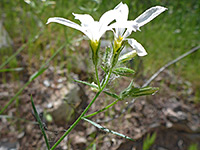 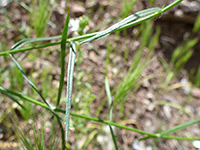 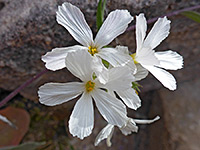 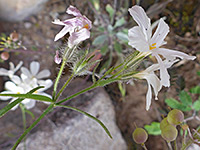 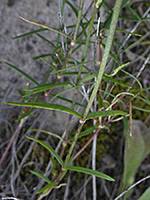 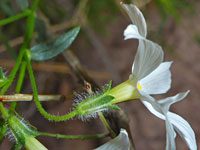