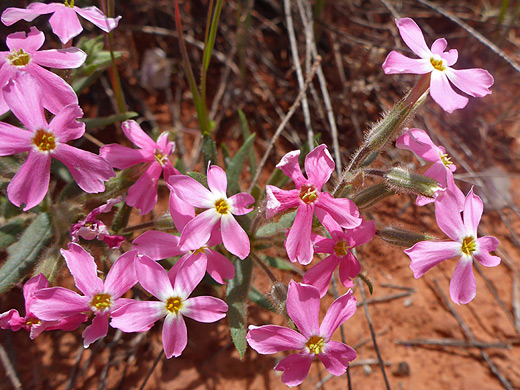 Pink flowers - phlox stansburyi along the Woods Canyon Trail, Sedona, Arizona
Flowers of phlox stansburyi may be pink or white. The corolla has a narrow tube, up to 1.3 inches long, and the five obovate lobes open to 90 degrees, or are slightly recurved. Five yellow anthers and one style project a very short distance beyond the mouth of the tube. When pink, the corolla lobes are lighter around the base. The corolla lobes are minutely fringed at the tip. The calyx is glandular hairy, and has five narrow, ridged, dull green lobes, pointed at the tip, and separated by light-colored membranes. The slender, low-growing stems branch from the base; they and the leaves have a covering of glandular hairs and longer, non-glandular hairs. 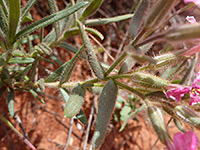 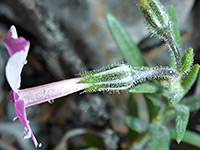 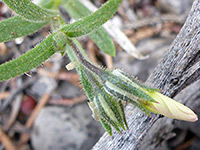 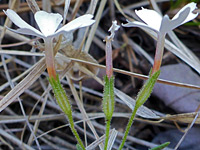 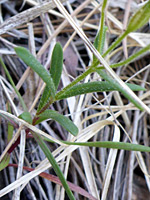 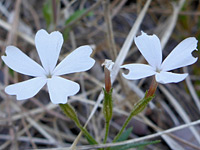