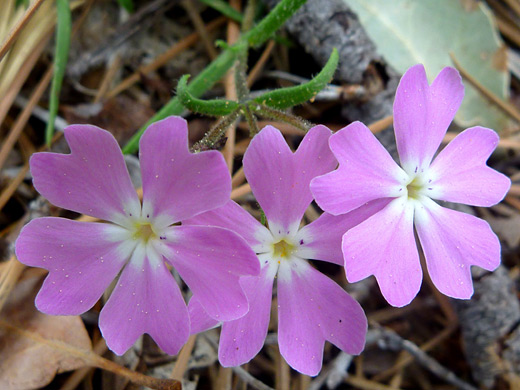 Phlox speciosa is one of the taller members of this genus, producing slender, lightly branched stems up to 15 inches tall, unlike the low, mat-forming habit of most other species. The narrow leaves are arranged in opposite pairs at quite widely-spaced intervals along the stems, and they have a covering of white, glandular hairs, especially on the upper surfaces.

Flowers form in small numbers, on pedicels at the top of the stems; they are attached to a narrow calyx (about a third of an inch long), split into lobes which are reddish at the base (and fused only at the base), green at the tips. A few leafy bracts grow around the base of the pedicels. The corolla has a similarly narrow throat, opening to five large, non-overlapping lobes held at 90 degrees. These are mostly pink but white towards the base, flecked with a few tiny purple dots. The inside of the corolla tube is yellowish. The style and stamens are very short, concealed right at the base of the tube. The corolla lobes have a large notch at the tip, giving them a heart-shaped outline. 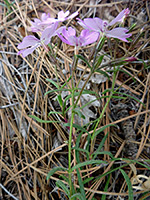 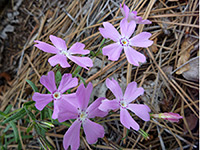 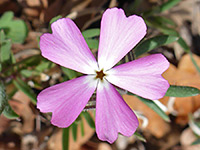 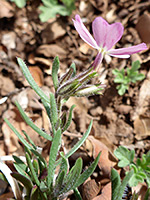