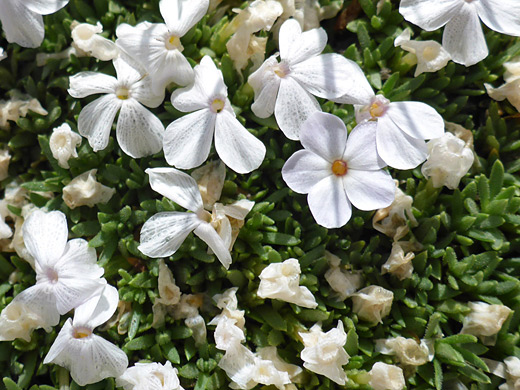 Leaves of phlox pulvinata are small, rigid and clustered, and plants form dense, cushion-like mats. Leaves are thick, flat on the upper surface and curved underneath, and are sparsely covered by short, rigid hairs, on the margins and both surfaces. They lack the cobwebby hairs found on some similar phlox species. Leaf tips terminate in a small spike.

Stalkless flowers are produced singly at the top of the very short stems; they have a glandular hairy calyx, about a third of an inch in length, and a white or pale pink corolla, with a tube about as long as the calyx, and five broad, spreading lobes. The inside of the corolla tube is pale yellow. This species flowers early in its high elevation habitats, soon after the winter snows have melted. 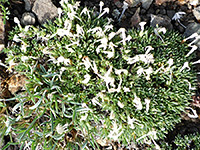 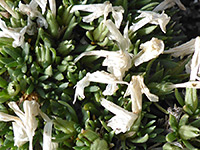 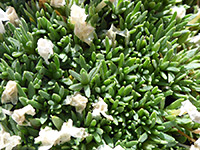 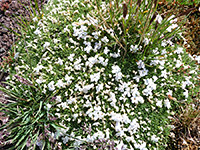 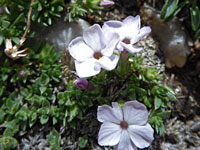 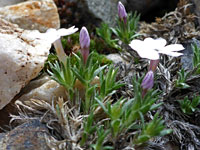