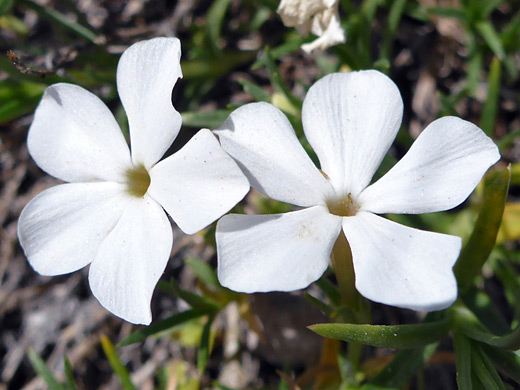 The short stems of phlox multiflora are usually leaning or almost horizontal, forming loose mats. The narrow leaves are flat, linear, and relatively well-separated along the stems; they have a rough surface texture, and are hairless. Leaves taper gradually to a point.

One, two or three flowers are produced at the tip of the stems, either sessile or attached by short stalks. The green calyx is divided into five narrow, pointed lobes, and it may have a sparse covering of cobwebby hairs. The pale yellow corolla tube is a little longer than the calyx; it opens abruptly to five broad, oblanceolate, white (occasionally pale pink) lobes, these around a third of an inch long. Flowers can be produced in large numbers, almost obscuring the leaves. 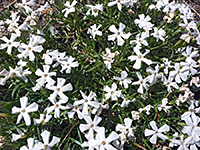 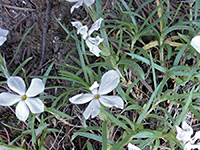 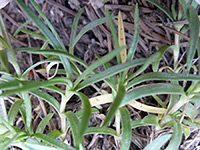 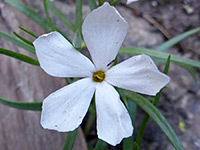