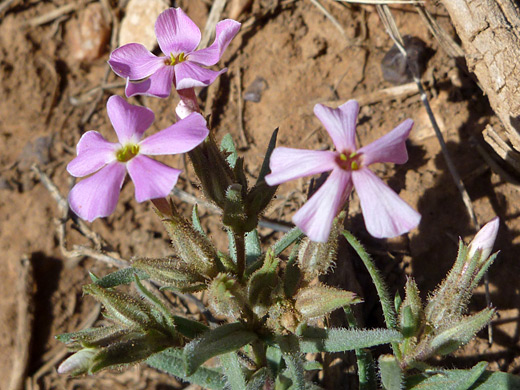 The scientific species name of phlox longifolia refers to the leaves, which are relatively long (up to 3 inches) and narrow, unlike many other types which have short prickly leaves. The flowers though are similar; the corolla has five lobes, measures about one inch across, has small stamens in the central tubular cavity and a small, five-part calyx underneath. Flower color is somewhat variable, from white to purple, though pink is most usual.

Stems and leaves have quite a dense covering of short hairs. Stems are woody at the base. Flowers, while still numerous, are less dense than for the mat-forming phlox species. The plant is found over a large area, from north Washington to south Arizona. 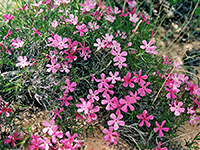 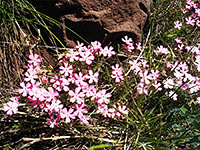 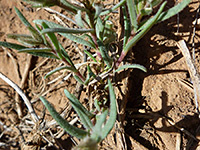 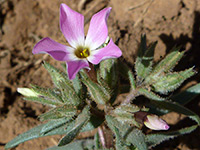 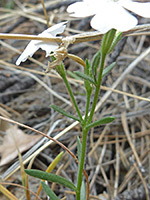 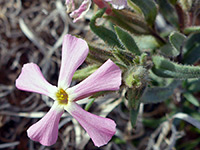 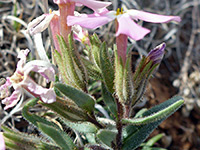