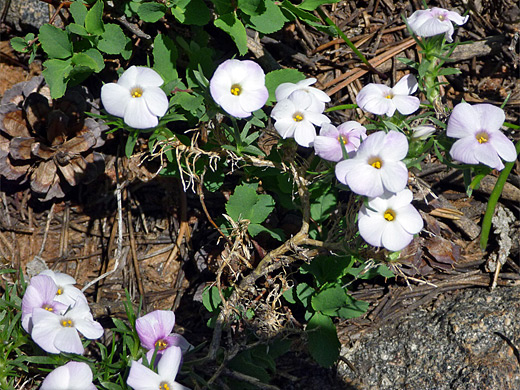 Spreading phlox, phlox diffusa is a common plant of California and neighboring states, resembling many other species of the genus, with short, thin, pine-like leaves growing on woody, branched, horizontal stems. The corolla has five lobes, which may overlap to form a near circular flower, or remain mostly separate. At the center are several stamens bearing bright yellow anthers. Flower color ranges between white and pink, and four subspecies are recognized, reflecting the large variation in habitat and elevation. 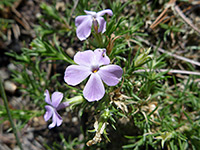