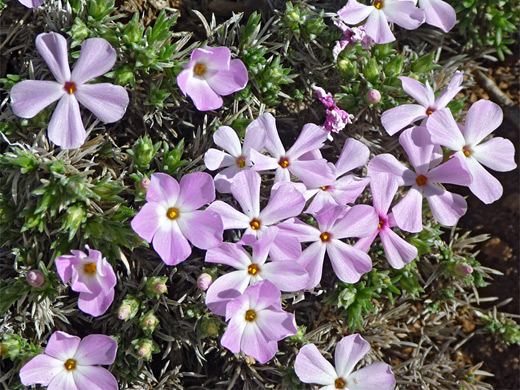 The five, pale pink or lavender (less often white) petals of phlox austromontana flowers are mostly separate, not overlapping towards the base, and are centered on a small tube (darker on the inside) containing yellow-tipped stamens. Each flower is about one inch in diameter. The petals, or corolla lobes, are generally rounded at the tips. Buds have a spiral arrangement of the folded petals.

The plant grows close to the ground, often forming extensive mats. Leaves are short and prickly in appearance, though still quite soft and flexible in texture, growing on short, branched stems that become woody with age. Leaves have a sparse covering of white hairs, mostly on the upper surfaces. 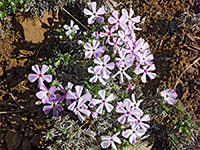 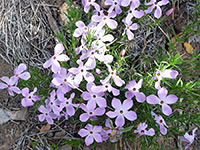 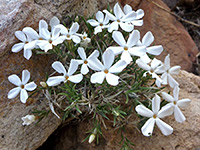 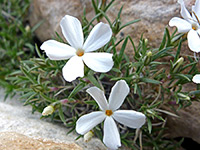 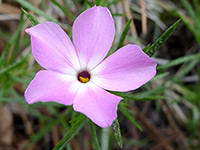 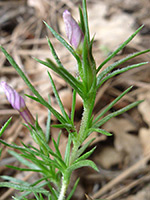 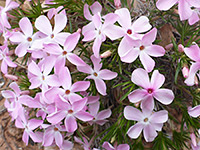 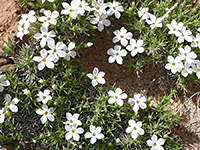 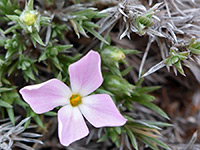 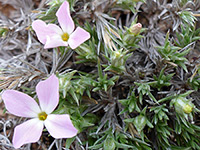