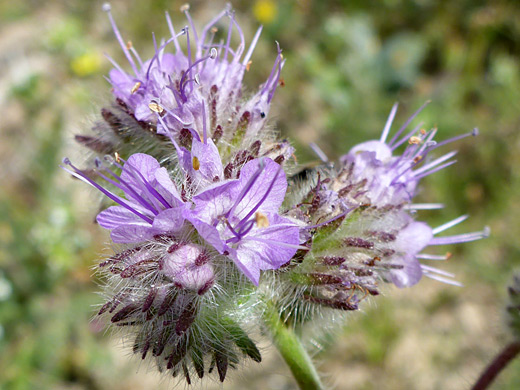 The relatively long but narrow leaves of phacelia tanacetifolia are divided most of the way to the midvein into rounded lobes, often lined by shallow teeth. The green or reddish stems are quite tall, branch a few times, and have a covering of long, stiff, spreading hairs; sparse lower down, becoming thicker towards the top. Stems are minutely glandular.

Flowers are produced in a dense cluster at the top of the stems, usually containing between two and four branches, which are tightly coiled at first, straightening as the flowers mature. The linear calyx lobes are densely hairy, initially colored green, maturing to red-purple. The corolla is only slightly longer than the calyx (around a quarter of an inch); it opens widely to five rounded, purple or bluish lobes. The strongly exserted stamens have purple, hairless filaments and yellow anthers. 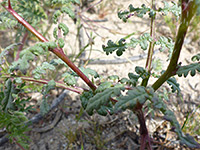 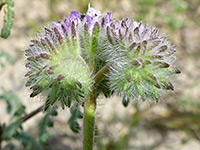 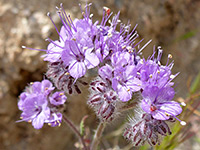