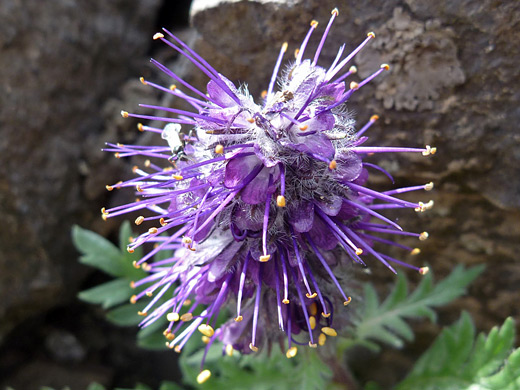 Individual, bell-shaped flowers of phacelia sericea have five rounded lobes, are colored a rich shade of purple, measure about a quarter of an inch across and contain a group of purple stamens topped by yellow/orange anthers, projecting well beyond the lobes. They form dense, elongated clusters on the upper half (up to 8 inches) of the stem and are subtended by particularly hairy bracts, which are not glandular (not sticky). Like several other phacelia species, the top of the stalk is coiled at first, straightening as it matures. Occasionally plants with much lighter-colored flowers are seen, very pale pink.

Most leaves are basal, divided once or twice into small lobes, and they also have a dense hair covering, giving the plant a silky, silvery lustre. The plant inhabits a range of elevations but is most frequently observed in higher regions. This is a relatively uncommon species. 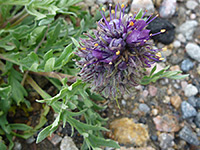 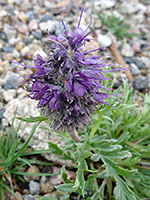 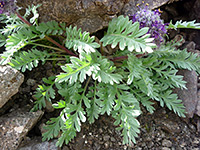 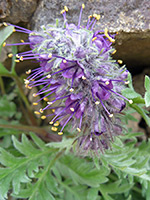 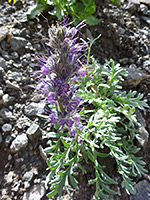 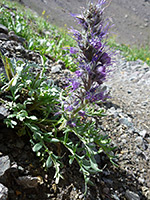 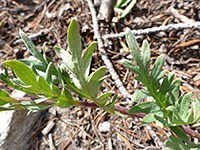 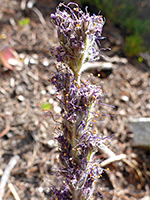 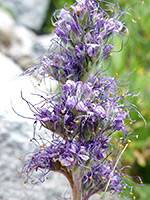 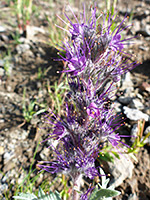 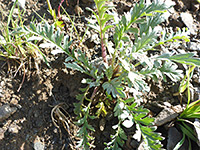 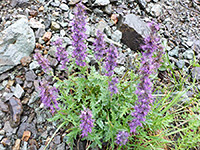 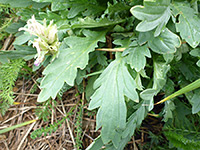 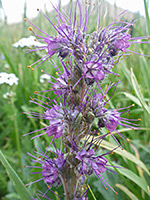