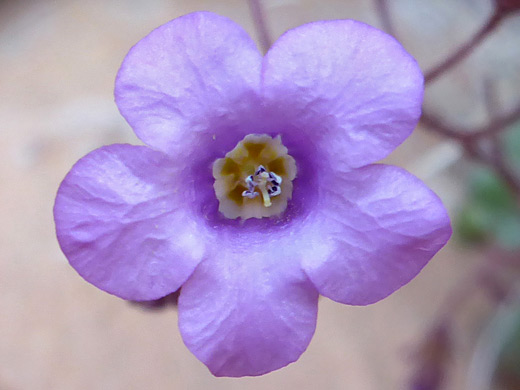 Stems, petioles and pedicels of phacelia pulchella are usually red in color, and evenly covered by short, spreading, glandular hairs. Stems grow vertically upwards, and branch at even intervals. Leaves are broadly ovate, sometimes almost round, and may be tinged red-purple along the edges, which are lined by broad, rounded teeth. Leaves are attached by stalks, about equal in length to the blades.

The five calyx lobes, also usually red-purple, are narrowly oblanceolate in shape, glandular hairy, and fused only at the base. The corolla is twice as long as the calyx (up to half an inch), and relatively broad, colored yellow at the base, then pink to pale purple above, sometimes with an intermediate white band. The five stamens are unequal in length, and included within the corolla throat; they have pale yellow filaments and purplish anthers. Sand particles often adhere to the leaves and stems. 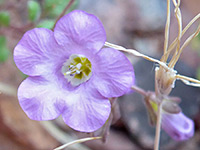 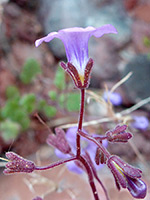 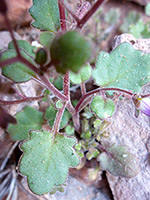 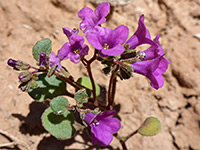 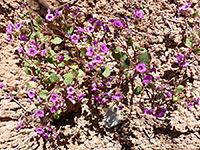