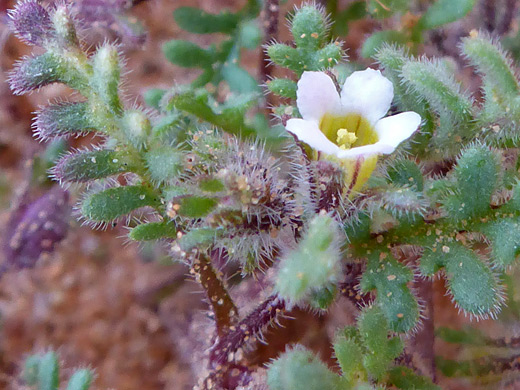 Although small and unobtrusive, phacelia ivesiana is an easily identified species on account of its diminutive white flowers, reddish stems and pinnate leaves. Stems branch readily, from the base and, like the leaves, have a sparse covering of sticky, glandular hairs; plants inhabit sandy environments, and grains of sand often adhere to them. Lateral branches are often longer than the central stem. Leaves are approximately equal in size all along the stems, are attached by short stalks, and are pinnately divided into rounded lobes. Leaf edges are ciliate.

The calyx has a pale yellow throat, streaked with pale purple bands, but is otherwise white. The green to purple calyx lobes are linear to oblong in shape, minutely ciliate, and glandular. The style and the yellow-tipped stamens are included within the corolla, in contrast to those of most other phacelia species for which they are exserted. Flowers are produced in a small, open cluster. 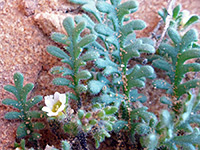 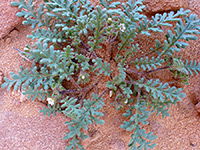 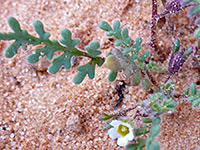 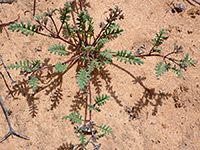 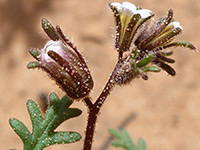 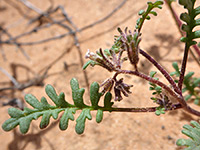