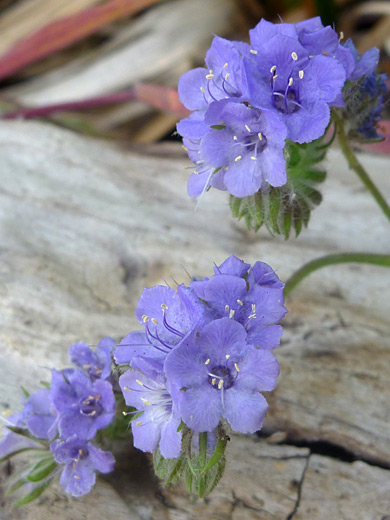 Two flower clusters - phacelia distans in Tubb Canyon, Anza Borrego Desert State Park, California
Stems of phacelia distans can grow vertically upwards, or curve downwards, and if branched, do so from the base. Stems, leaves and calyces have a sparse covering of bristly hairs of different lengths, pointing outwards. Leaves are divided into irregularly spaced leaflets, somewhat variable in shape, lined by large teeth. They grow on stalks which are much shorter than the length of the blade.

Flowers are produced in a coil on one side of the upper section of the stems, gradually unfurling during the blooming season. Each flower is attached via a very short stalk, and supported by a green, glandular calyx, which is divided into five thin lobes, separate right to the base. The lavender-blue corolla is bell shaped; a short tube that opens to five rounded lobes, lighter towards the center. Flowers become dark blue as they wither. At the center are five stamens, about the same length as the corolla lobes, and a slightly longer white style, divided for most of its length. 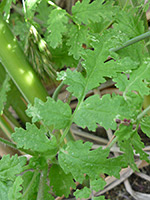 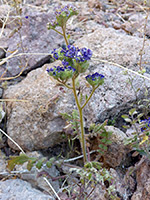 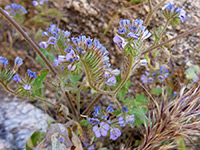 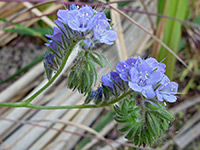 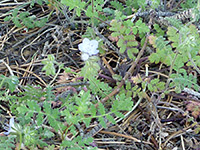 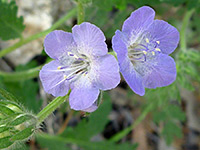 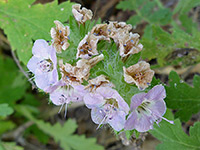 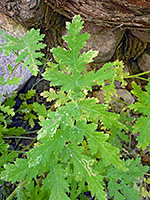 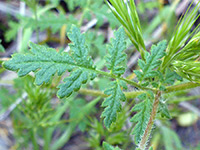 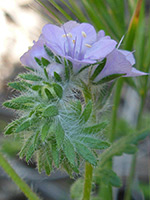 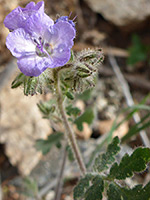 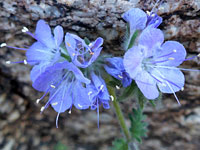 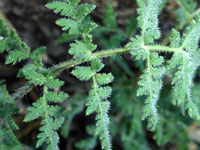 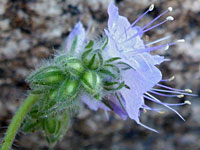 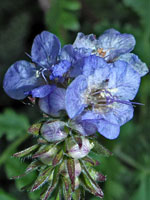 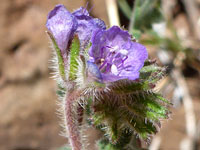