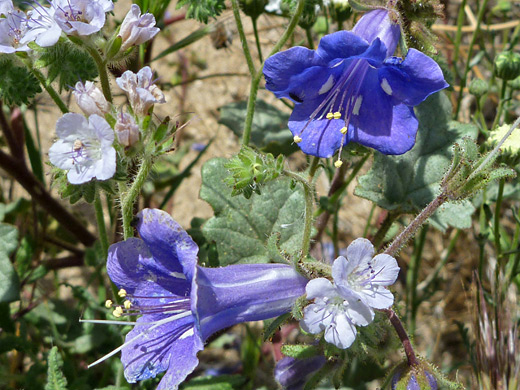 Phacelia campanularia produces stout, branched, reddish stems and curly-edged green leaves, topped by bell-shaped flowers with five, rounded petals, mostly fused together, colored blue when first open, gradually becoming purplish, often with a few white streaks. The five stamens are quite long, projecting beyond the corolla, and bear prominent, light colored anthers. A divided style also extends out above the lobes. All of the plant is covered by short, bristly, glandular hairs.

This species is common across the Sonoran and Mojave deserts. Two varieties are var campanularia, which has a narrow corolla with widely spreading lobes (and the length of the corolla is generally less than the width), and var vasiformis, where the corolla is funnel-shaped, and its length is generally more than the width. The former variety is found towards the west, the latter more to the east. 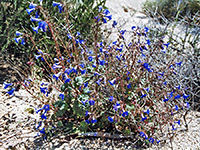 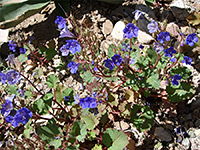