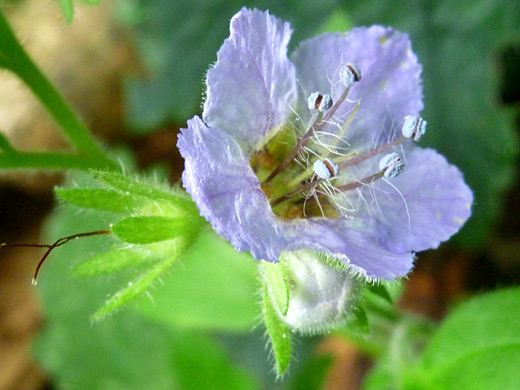 Phacelia bolanderi is a low elevation species, found along the Pacific coast and in the adjoining mountain ranges. It grows relatively tall, over three feet, producing leafy stems covered in bristly, variable length hairs, pointing outwards. Stems are angled upwards or sideways. Leaves are supported by a stalk of similar length to the blade (up to 4.5 inches), have a sparse hair covering, small glands on the surface, and a few coarse, rounded teeth along the edges. The inflorescence is an open cluster, typically containing several dozen flowers.

Flowers consist of a bristly calyx, divided into five spreading lobes about a third of an inch in length, and a bell-shaped corolla, pale purple/blue in color, becoming brown at the center when mature. The purplish stamens protrude a little way beyond the corolla, but not as far as for some similar species. Stamens have a few straggly hairs along the filament. 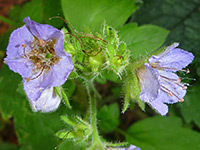 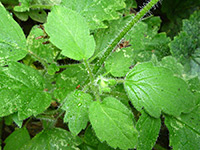