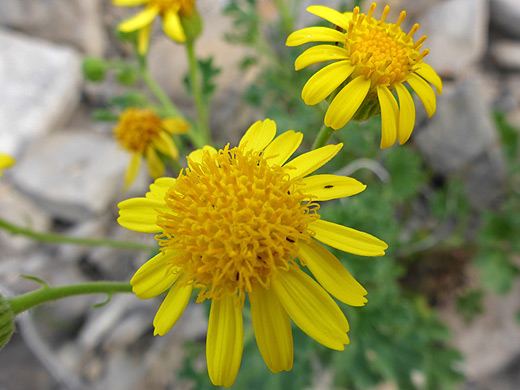 Perityle vaseyi, an uncommon species, is found in the US only on the western side of Big Bend National Park, and westwards towards Lajitas, where it most often grows in clayish soils. The permanent mild temperatures and abundant sunshine allow the plant to flower all-year.

Stems and leaves have a covering of short, glandular hairs. The divided, irregularly-lobed leaves are clustered at the base and most of the way along the branched stems, which are topped by one to three yellow flowerheads. The bell-shaped or hemispherical involucre is ringed by 20 to 30 broad, hairy, green phyllaries, all the same length, oblanceolate to lanceolate in shape, and pointed at the tip. Flowerheads are formed of 12 to 18 ray florets and 50 to 100 disc florets. The rays have three shallow lobes at the tip, while the discs have four small lobes. 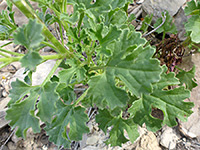 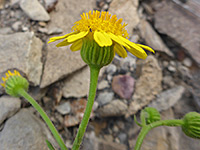 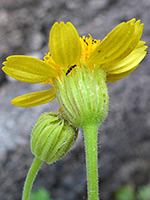 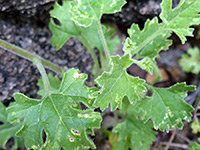