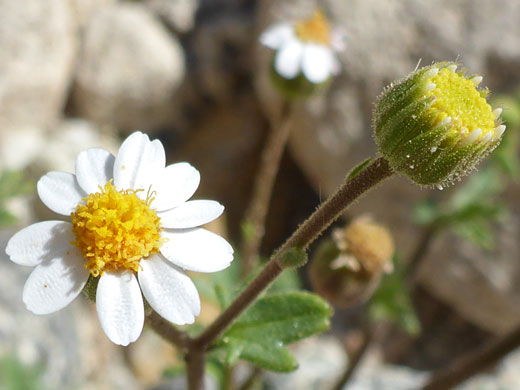 Perityle emoryi, in Joshua Tree National Park, California
Perityle emoryi grows in cavities in rocky places, in the Mojave and Sonoran deserts (and, less commonly, along the southern California coast), and it blooms for much of the year. Stems, leaves and phyllaries have a covering of short, rough, glandular hairs. The broad green leaves have irregular, palmate divisions, the lobes with a few wide teeth along the edges. Flowers form singly at the end of the upper stem branches.

The bell-shaped of hemispherical involucre is lined by around 20 green phyllaries, all the same length, generally staying pressed against the surface, not spreading. Flowerheads are around half an inch in diameter; they have between 8 and 12 white disc florets around a center of several dozen disc florets, initially green, becoming yellow then orange as they mature.

Plants are quite variable in size and the amount of branching, depending on location and amount of rainfall. 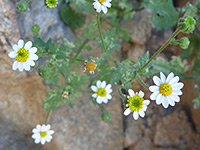 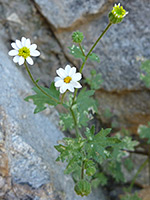 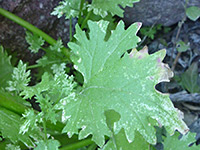 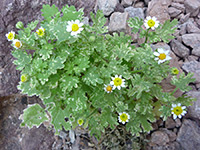 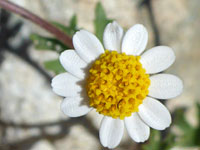 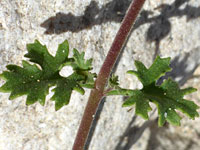 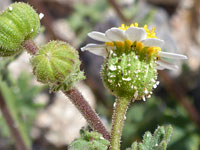 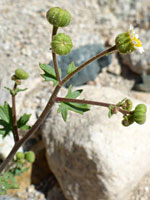 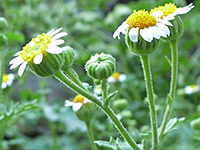 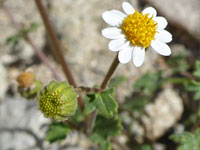 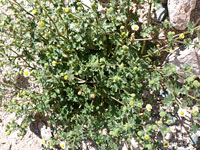