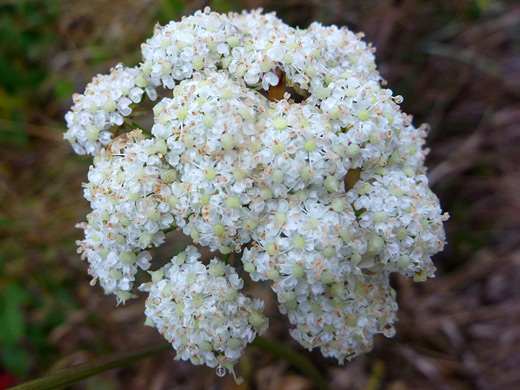 Perideridia kelloggii is found over a relatively small area of north California yet inhabits quite a wide range of habitats, from coastal bluffs to mountain slopes up to 5,500 feet elevation; from the San Francisco Bay area northwards. The plant is similar in appearance to many other apiaceae species, with divided, mostly basal leaves, stout, lightly branched stems and compound umbels of small white flowers. A few smaller leaves grow at widely spaced intervals along the stem; they have narrower leaflets, usually angled upwards. Stems are ribbed, hairless, and grey-green in color.

The inflorescence is more dense than some similar species, the individual flower clusters often overlapping to give the appearance of a single sphere. Plants have both bracts, at the base of the inflorescence, and bractlets, below individual clusters. Each flower has a domed pistil and five stamens at the center, around which are five veined white petals. 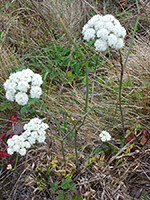 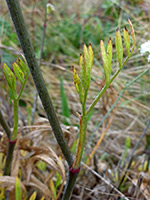 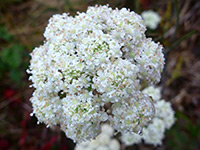