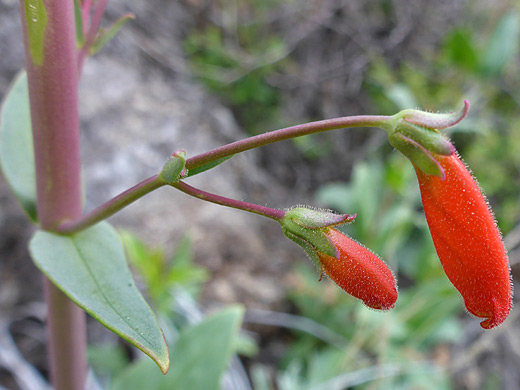 Penstemon wrightii, an uncommon species, is found only in four counties of west Texas: Reeves, Jeff Davis, Presidio and Brewster. Big Bend National Park is a favoured location. Flowers are narrow and tubular, with an orange, red or pinkish corolla that opens to five small, symmetric lobes, angled backwards by around 90 degrees (especially the upper lobes). The four stamens and one staminode are not exserted. The corolla has a covering of short, glandular hairs, as does the small green calyx at the base. Calyx lobes are purplish at the tip, divided nearly to the base though overlapping for most of their length. The inflorescence extends across more than half of the stem.

Stems are thick and unbranched, growing vertically upwards to heights of 2 to 3 feet. The greyish green leaves are positioned all along the stem, at opposite intervals; those towards the top are smaller, and subtend the flower stalks, each of which typically bears 2 or 3 heads. Leaves have one, slightly depressed midvein, and are wide at the base, pointed at the tip. 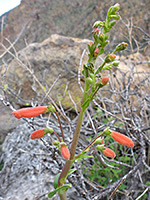 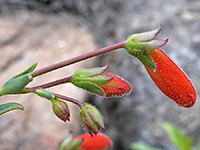