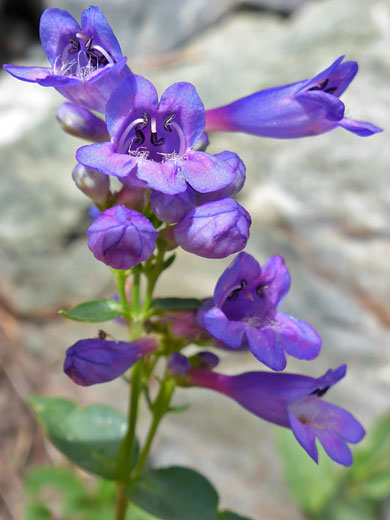 The hairless leaves of penstemon watsonii are relatively broad, arranged in well-spaced, opposite pairs along the erect stems, becoming largest around the middle; basal leaves are generally absent. Leaves may be slightly folded up along the (prominent) midvein. Stems are also usually hairless. This species grows across much of Nevada, Utah and Colorado, at medium to high elevations.

The inflorescence is an elongated cluster of between two and six whorls; flowers are angled in all directions, not concentrated on one side of the stem. The glabrous, blue to purple corolla is around half an inch long, containing four stamens that have white filaments and hairless purplish anthers, and an infertile stamen with orange hairs at the tip. The short, light green calyx is divided into five shallow lobes 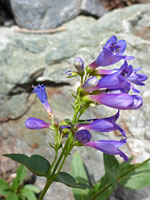 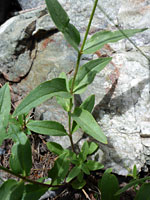 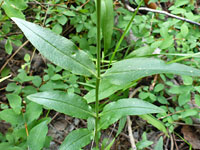 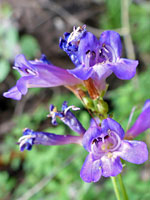 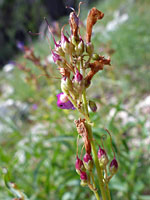