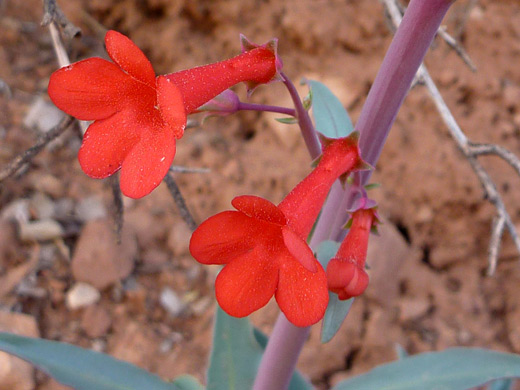 Penstemon utahensis produces many stems, up to a dozen or more, with a cluster of leaves around the base, a few opposite pairs of leaves along the lower half of the stems, and elongated clusters of tubular red to pinkish-red flowers on the upper half. Flowers tend to point away from the stems at 90 degrees, not angle downwards like some similar species. Leaves are quite thick, light greyish green in color, with lighter veins and wavy edges, and they tend to fold up along the axis. All parts of the plant are hairless.

The calyx at the base of the flower tube divides into five small lobes, pointing outwards. The corolla is a little less than one inch long, widening slightly and opening to five broad, ovate lobes, which spread outwards, also by about 90 degrees. The corolla is somewhat glandular (sticky), both inside and out. The stamens do not project beyond the corolla lobes. 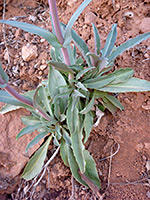 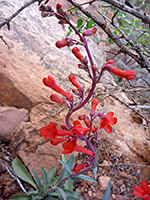 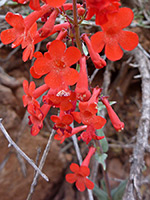 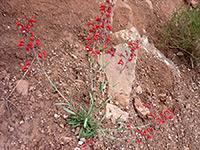 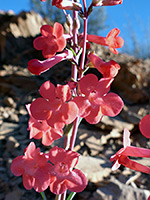 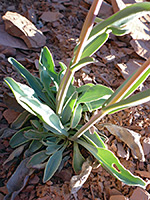 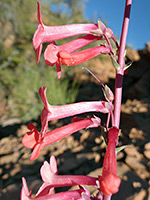 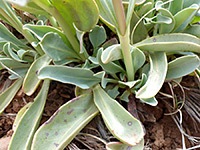 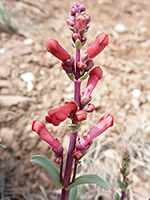 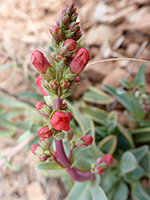