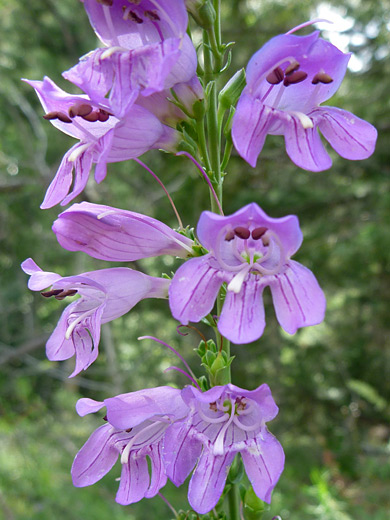 Although by no means a unique characteristic, one identifying feature of penstemon unilateralis is that the flowers grow only on one side of the stem, facing sideways. Flowers are pinkish purple in color. The two upper and three lower lobes are both curved backwards, exposing the inside of the corolla tube, which is whitish, crossed by vertical purple lines. The four stamens are white, hairless, and curved, while the infertile staminode is white, straight, broader at the top, hairless, and projects just beyond the lobes. Flowers are produced in large numbers along the upper half of the stem, often forming a continuous column. Leaves are long and thin, often folded up slightly along the axis. 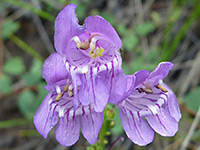 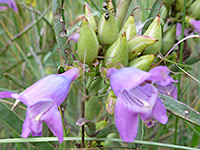 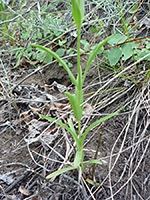 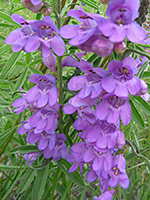 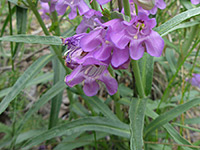