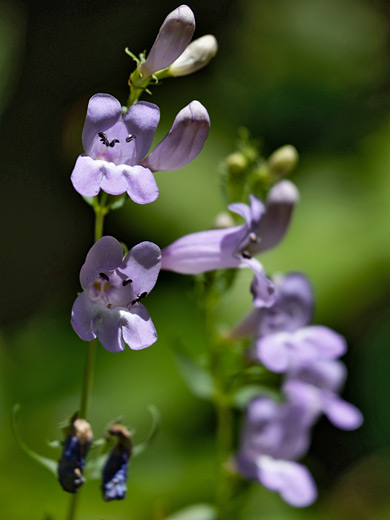 Penstemon sepalulus is an uncommon species, found mainly in the canyons and woodlands of the Wasatch Range east and southeast of Salt Lake City.

Leaves (between six and 14 pairs) are hairless, with entire margins and round-pointed tips, while the stems are also glabrous. Leaves are only along the stem, not at the base.

Flowers are arranged in pairs, forming an open, elongated cluster, extending up to 8 inches at top of the stem; they are attached by slender stalks, with a narrow bract at the base. Corollas are light purple, crossed by faint, darker purple lines, and are hairless both inside and out. The two lobes of the upper lip and three lobes of the lower lip are all approximately equal in size and shape. Stamens have hairless white filaments and dark purple anthers, and are generally included rather than exserted. 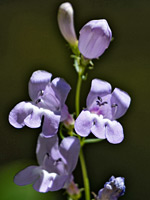 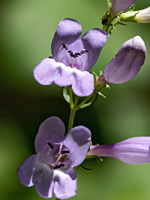 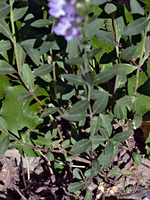