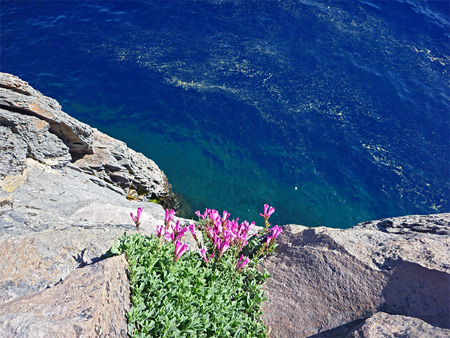 Penstemon rupicola is one of the low-growing members of this large genus, due in part to its preferred location on rocky cliffs and ledges, often quite exposed and windy. The plant is a creeper, staying close to the ground, and its flower stalks rise just a few inches. Blooms are especially large and showy; each flower is 1.5 inches long - bigger than the leaves, tubular, with five lobes at the tip, two bent back upwards and three angled downwards. Inside are five white stamens, four of which have woolly anthers.