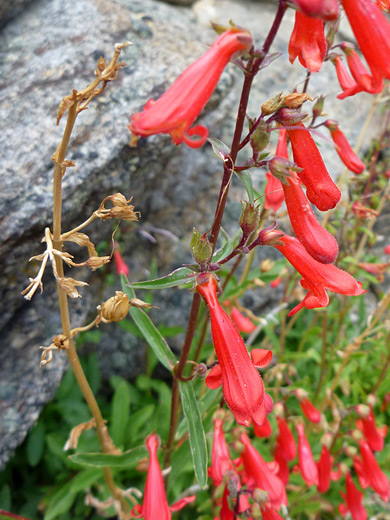 Penstemon rostriflorus is one of the less-common, red-flowered penstemon species, distinguishable from some others with this color by the strongly recurved lower corolla lip; all three lobes curl back by up to 360 degrees. The upper lip acts as a hood, largely hiding the stamens and anthers. The calyx is small, less than a quarter of an inch long, and its short lobes are ovate to lanceolate in shape. The corolla is around one inch long. The outer surfaces of the corolla are sparsely glandular, while the inside is hairless, and not glandular. The infertile stamen also lacks hairs. Flowers grow in pairs from the upper leaf nodes.

This is one of the larger penstemons of mountainous areas, sometimes exceeding three feet in height, and forming sizeable clumps. Stem and leaves are essentially hairless. Stems become woody towards the base. Plants inhabit a wide range of elevations, from arid foothills to wooded slopes in the high mountains. 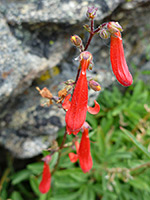 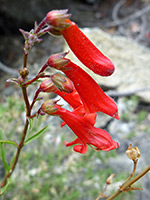 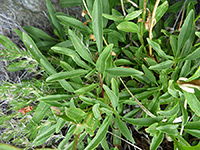 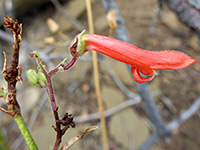 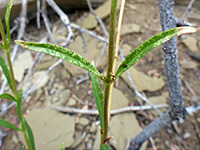 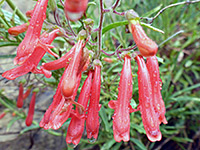