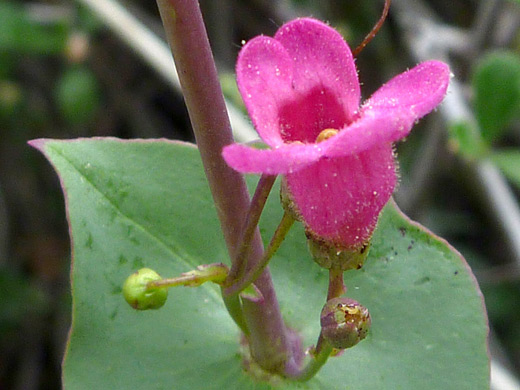 The leaves provide one distinguishing characteristic of penstemon pseudospectabilis; like most species in this genus they have an opposite arrangement, growing at intervals along the thick, green or reddish stem, but here the pairs often join at the base to form a single oval leaf structure with the stem passing through the center; known as a perfoliate leaf. Upper stem leaves are most likely to be so joined.

The bright, reddish pink flowers are more typical; tubular, nearly an inch long, with five small lobes at the tip, generally all pointing outwards at the same angle. The two upper lobes are close together, the lower three more separated. Flowers form at the top of the plant and at the leaf nodes, extending most of the way down the stem. This species is found in arid or semi-desert environments including pinyon-juniper woodland, scrubland and beside sandy washes. 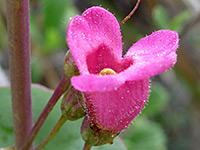 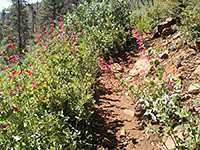 Flowers beside a path 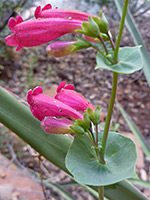 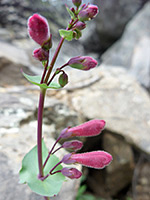 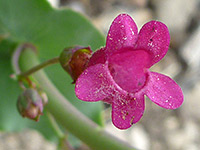 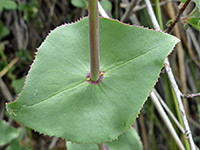 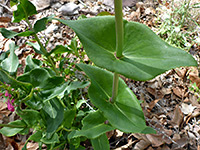