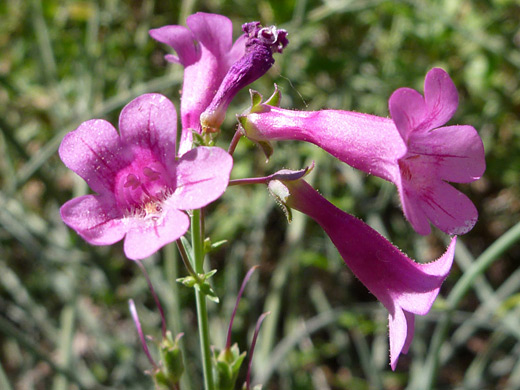 Penstemon parryi produces pretty, pink, funnel-shaped flowers about one inch long, with five rounded lobes at the end (two at the top, three below), each with a darker pink strip down the middle. The lower inner surface is covered in fine hairs, as is one of the five stamens. Flowers grow not too densely along the uppermost section of the stems, and are angled outwards in all directions. Flowers may be red in some locations. The lower part of each stem, and some of the leaves, are often purple in color, especially during very dry periods. Leaves are often partly folded upwards along the axis. Like most long, narrow flowers, pollination is by humming birds and long-tongued insects. 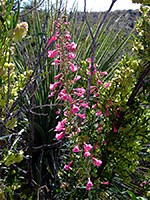 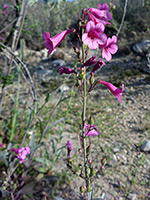 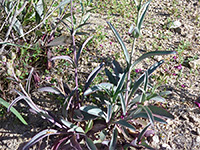 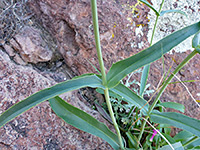