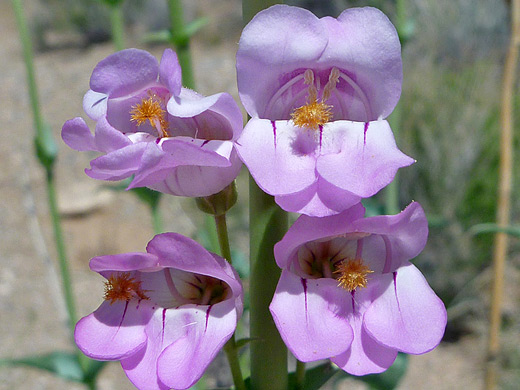 Unlike most penstemon species which have elongated, tubular flowers, blooms of penstemon palmeri are rounded and open; the corolla forms a large pouch, mostly light pink in color but with a few purple lines on the lower insides. The five lobes are also larger than average; two project upwards while the lower three hang down, revealing the five stamens, one of which is covered by prominent, yellowish hairs. Flowers grow in elongated clusters along the upper portion of the tall stems; leaves are mostly towards the base, in opposite pairs an inch or two apart. Flowers all tend to point in the same direction. 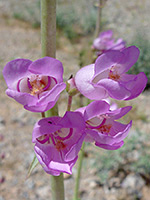 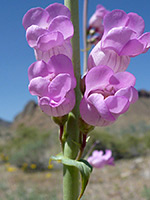 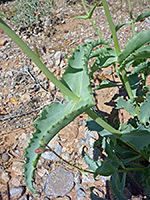 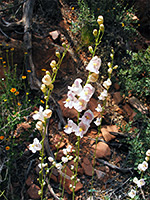 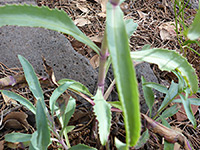 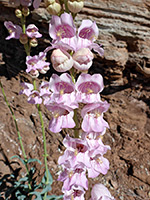